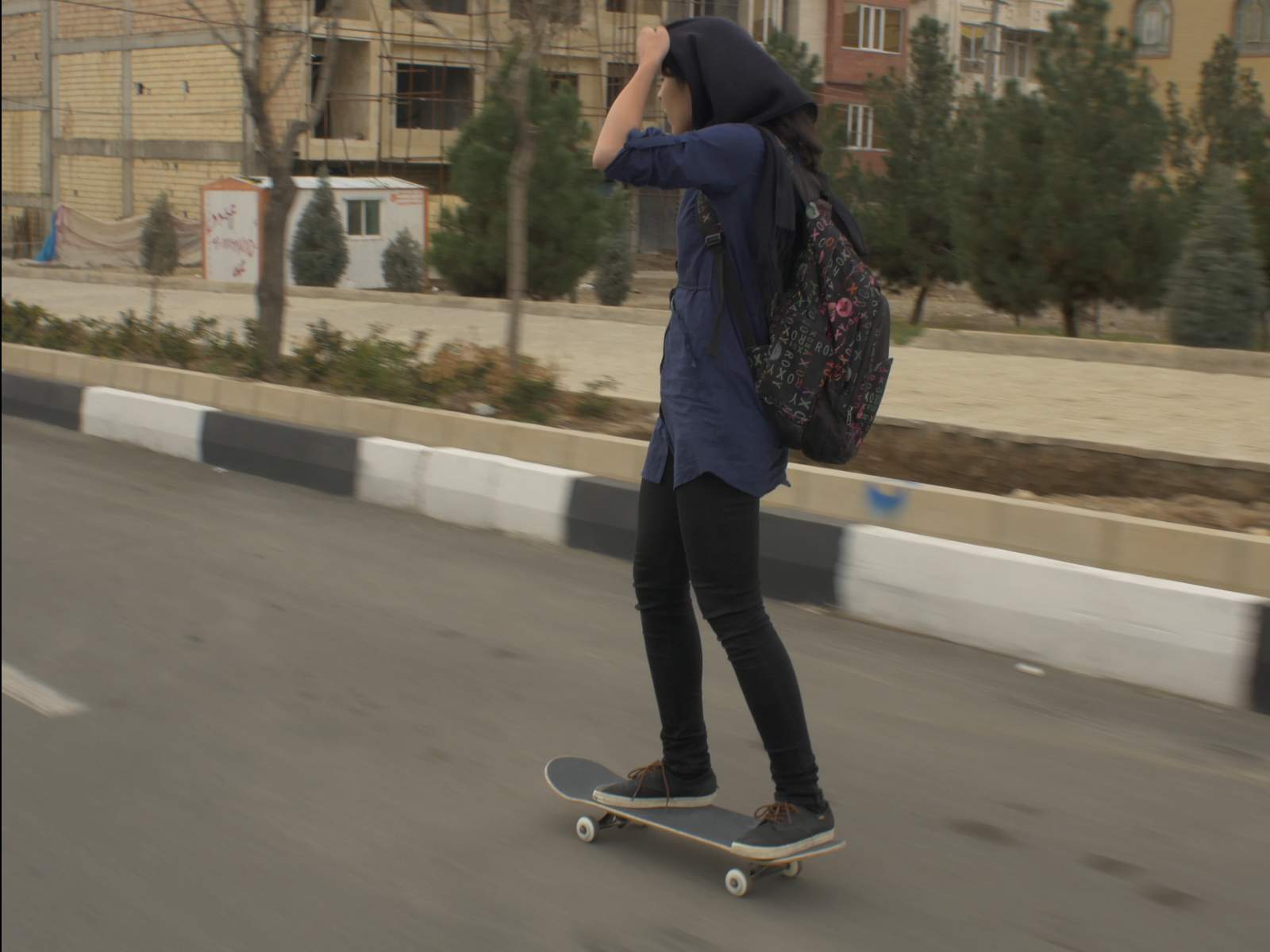 In Tehran, the capital of Iran and a densely populated metropolis, there are only 50 skaters. They are not explicitly political. Skateboarding is merely their form of rebellion against a rather restrictive life. Riding their boards in the streets they can feel free. They have found their niche within the Iranian public and have an easygoing lifestyle – but in the end, they are pioneers, who made skateboarding their anchor and passion in life. Skateboarding is still a new sport in Iran, which turns skaters into an exotic curiosity, watched sceptically on the  streets. Joining two guys, Ali and Erfan, and one girl, Elham, on the skateboard “Kids of Tehran” explores not only the streets of Tehran but also the homes of these three skaters.