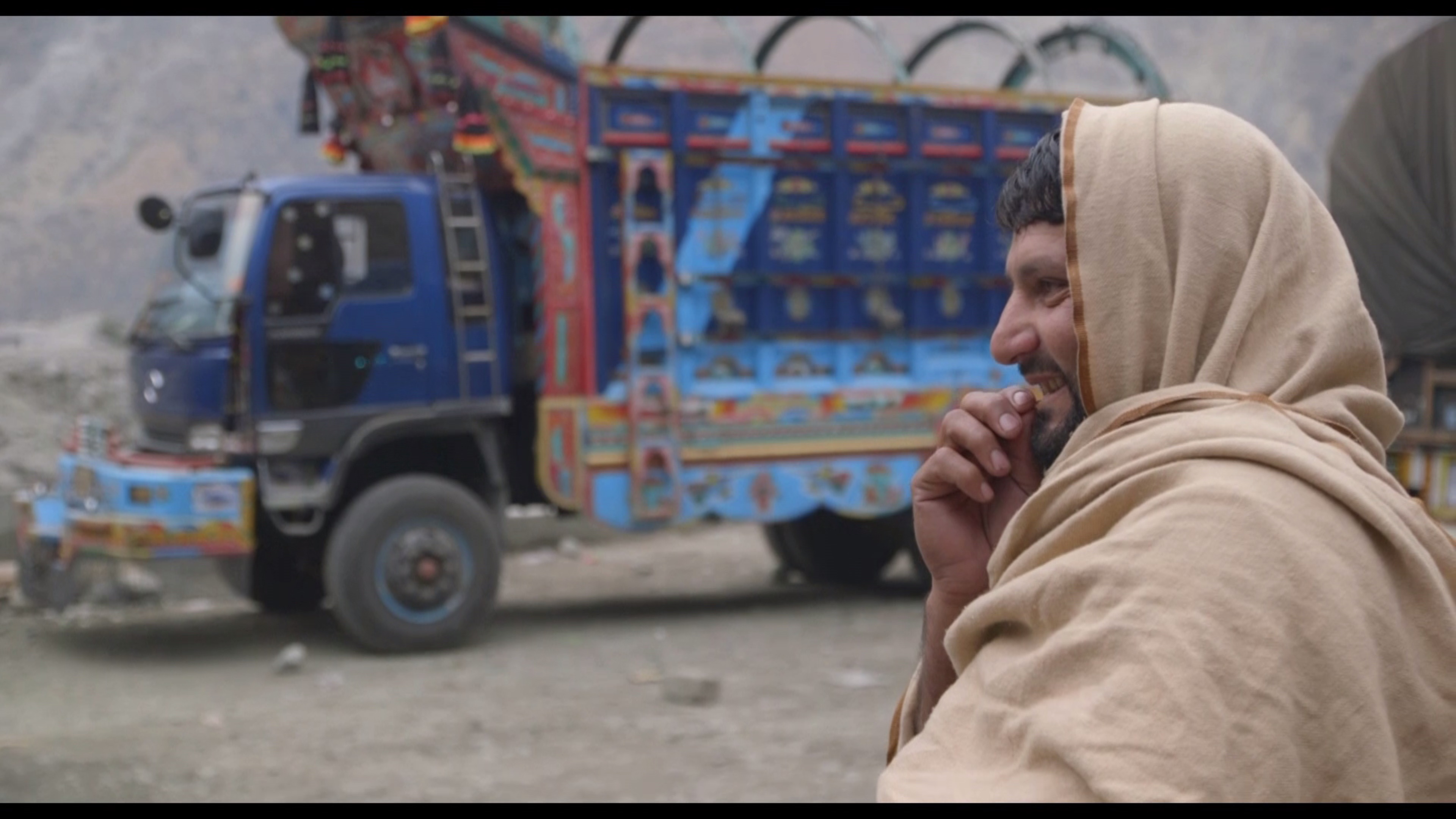 Which stories can be told by a german filmstudent in Pakistan?
I went to Pakistan to study a year abroad. During that time I wanted to shoot a documentary. I joined two truckdrivers on their three-day-journey from Rawalpindi to Gilgit. The movie shows the relation between the drivers and their truck. Between the drivers and a foreigner, entering their private space. A movie on being the „exotic“ in an exotic setting.